Some children from Year 6 entered a virtual tennis and virtual athletics competition organised by Mr Anderson for the schools in West Leeds. They won both and are West Leeds champions! Well done Year 6 - what a great way to finish the year.

Valley View children at home and school competed in the West Yorkshire Sports Day. They all performed brilliantly and finished in the top 3rd of the 206 schools who entered in every event! Well done Team Valley View! 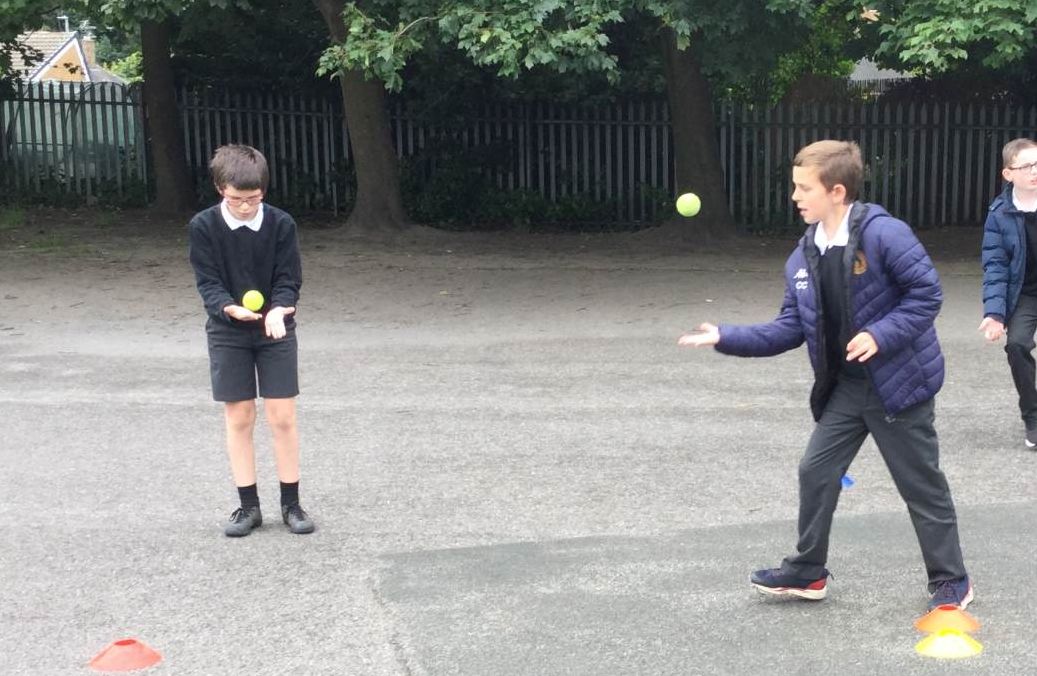 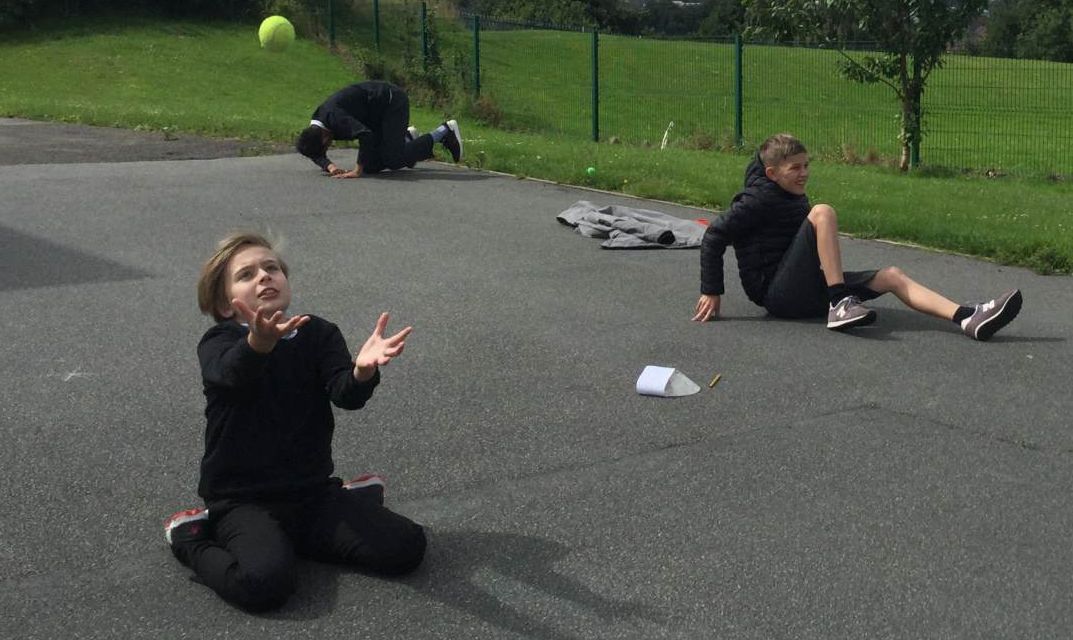 Thirty six children from across Key Stage 2 competed in the Leeds City Final at Temple Newsham along with over 1200 other children from school across Leeds! The courses were very muddy and steep in places. Our children showed great determination to complete all the races and we are very proud of everybody. The results have not been published yet. The top teams and individual runners will go on to compete in the West Yorkshire Games in March.

A team of children played in a friendly competition at Leeds West. The children represented the school brilliantly and had a lot of fun! They won some of their games and we have uncovered some dodgeball superstars! Well played Year 6!

A team of children from Y3/4 and Y5 played in a competition at Leeds West. Both teams played some great tennis, for most of the children it was their first ever competitive match on a full court. Both teams finished in 3rd position! Well played team.

A team of girls from Year 5 and 6 played in a city wide competition organised by Leeds United. Our girls had a superb afternoon! They won and drew all their games, playing some excellent football and scoring some fantastic goals to get to the final. The Final was a very close game which ended in a draw so the competition was decided by a penalty shoot out. Unfortunately, the team lost the shoot-out 3-4 so finished the afternoon as runners-up.  We were incredibly proud of the team, they were very gracious in defeat and showed amazing team spirit.  Well played girls!

Our athletics team competed in the West Leeds Final against 5 local schools. The competition was very close and exciting! We came across some very strong teams. All or children performed brilliantly and we did win some events but we didn't finish in the top 2 teams so we didn't qualify to go any further in this competition. We are absolutely delighted to have made the final and to be recognised as one of the top 5 schools in West Leeds. A great achievement

Two new teams of girls played in a friendly competition. It was our last event of 2019 and the girls played brilliantly, scoring lots of goals and winning lots of games. A fantastic end to the year!

U9 team at Elland Road

The children made the guard of honour as a prize for winning a competition organised by Leeds United. They had a fantastic afternoon cheering on Leeds united after cheering both teams on to the pitch! 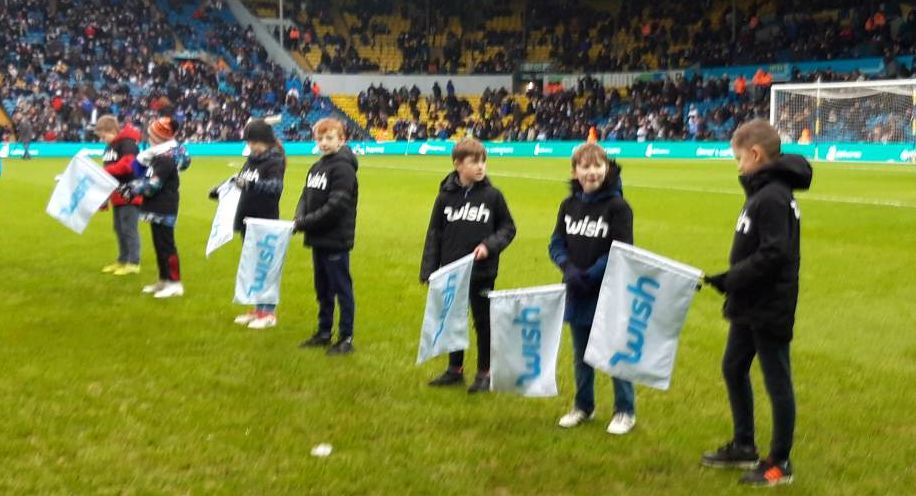 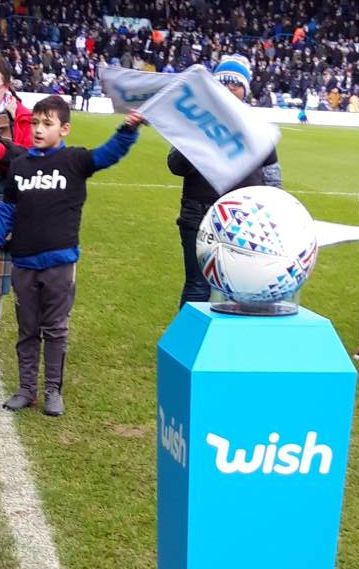 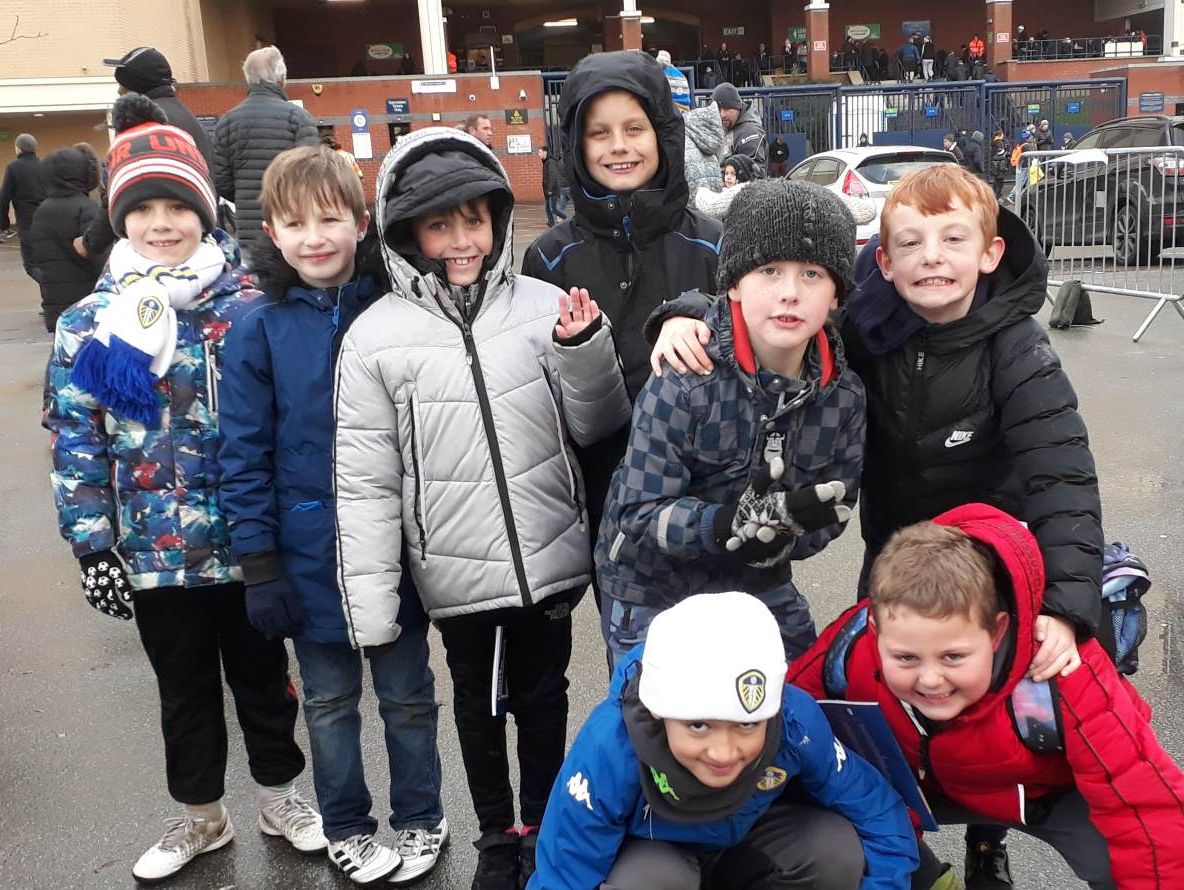 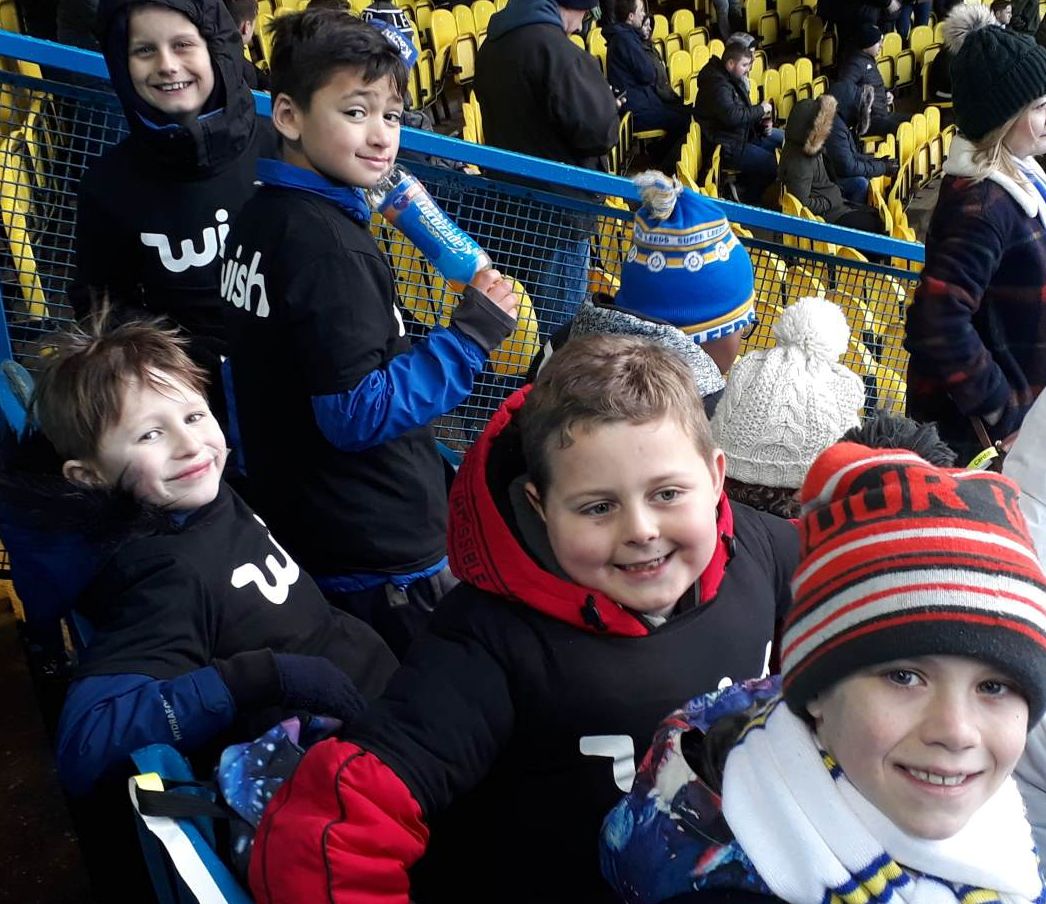 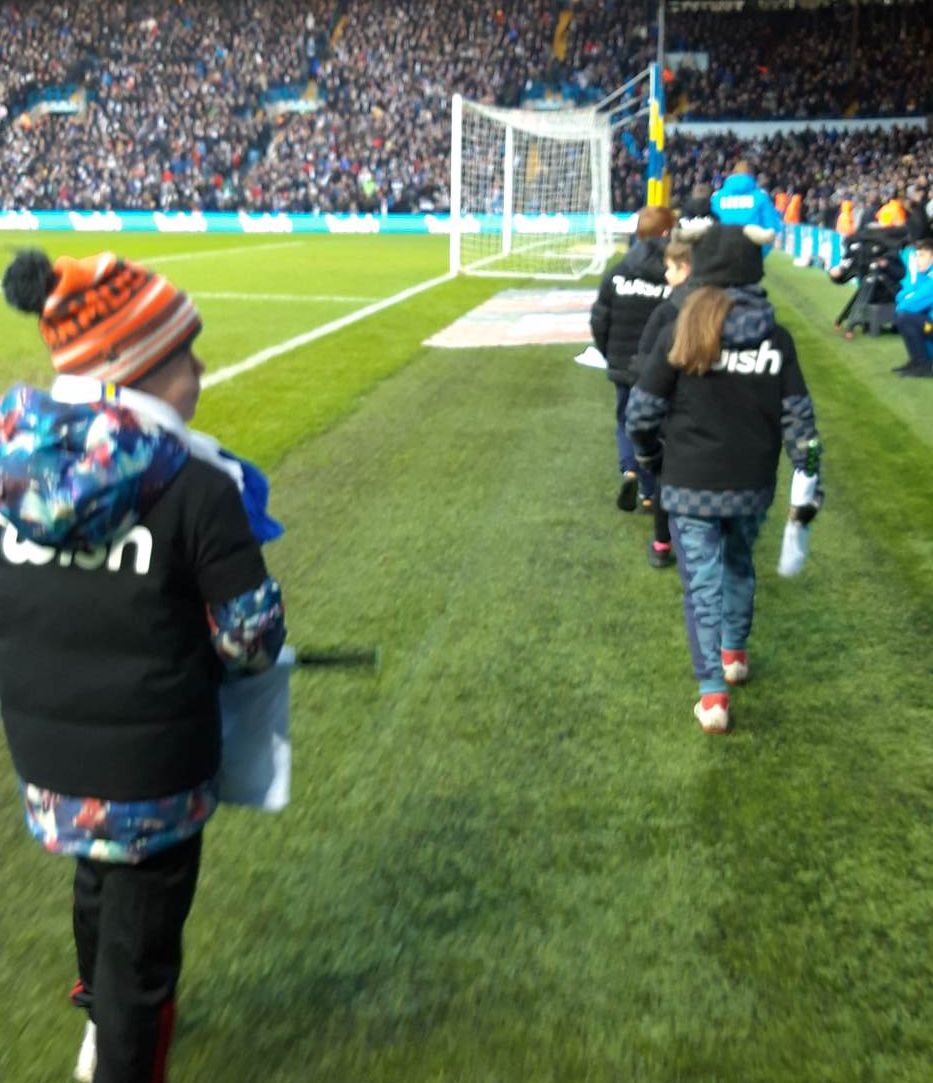 A new team of boys from Year 6 played in a football competition against other schools from our area. The weather conditions were terrible but that didn't stop our team. They battled against the strong winds to play some fantastic football, winning some of the games and scoring some good goals.

A team of girls from Year 6 played in a friendly competition with local schools. Their team spirit was amazing and their goal keeping was brilliant! Well played team.

A team of children played in a city wide competition at Football World organised by Leeds United. The team played some outstanding football to win the competition and win through to the next round at Thorpe Arch after Christmas. A fantastic achievement, well done!

Two teams of children from Year 4 played in a friendly competition at Leeds West. Their dodgeball improved greatly over the night and both teams won some of their games. Well played Year 4.

Our athletics team competed in the first round of the athletics competition at Leeds West. They performed brilliantly to win through to the area final after Christmas. Brilliant!

Eight teams of children from across key stage 2 ran in a cross country competition at Stanningley Rugby Club. The courses were very long and muddy but that didn't stop our children! Seven of our eight teams qualified for the Leeds City Finals after Christmas! Fantastic!

A team of children from Years 3 and 4 played in a city wide football competition organised by Leeds United. They played some outstanding football to win the competition and be crowned U9 champions of the city! As a prize they will form the guard of honour at a Leeds United game. Brilliant! 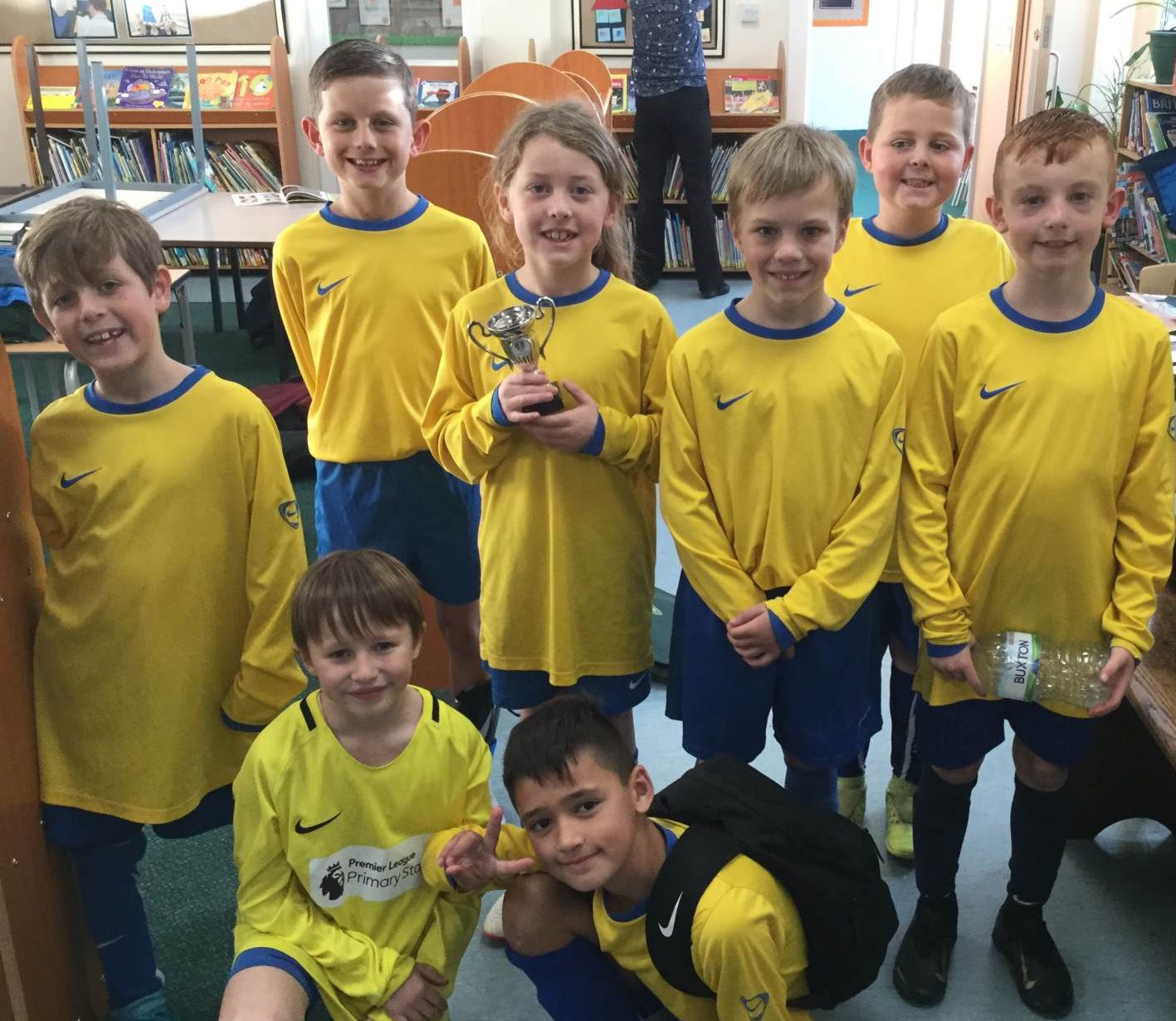 A team of boys from Year 6 played the first competitive football competition of the season at Leeds West. They scored a lot of goals and won and drew most of their games. A good start to the footballing season - well played!

A team of girls from Year 6 played netball at Leeds West. They had a great time learning the game and playing competitively for the first time. Well played team!

A team of children from Year 4 played in a friendly competition against local schools. It was the first competitive handball event for the children. They learnt a lot and scored some great goals. We are looking forward to playing more handball in the future.

Teams of children from Year 4-6 competed in a friendly competition at Leeds West. All the children showed great determination to complete the long courses. A great sporting start to the new school year - well done team!